Hi! I am Mrs O’Hara and I have been working at Woodlands Primary School for nine years now. Like you, I am moving into Year 6 and am very excited. In school, I mentor University students who want to become teachers and also support Early Career Teachers through their new journey. I have lots of exciting topics ready for you to learn this year including, ‘World War 2’ and ‘Early Civilisation.’ I also enjoy reading and history as these were my favourite subjects when I was at school.

When I am not in school, I am usually reading a good book on my kindle with a coffee and cake, running around after my three lovely nephews or doing some shopping at Cheshire Oaks! I also like to spend as much time as I can visiting my family and friends.

I am very excited to be your Year 6 teacher and cannot wait to have lots of fun learning together and helping you to blossom into the best you can be!

In Year 6, there are lots of exciting things to look forward to and, other than the core subjects, we will be working on topics such as: The Ancient Greeks (one of my favourites), Early Islamic Civilization and World War 2.

When I am not in school I enjoy spending time with my family, friends and my three dogs Cleo, Lottie and Mila. I love listening to music and going to concerts of my favourite artists as well as going on long walks with the dogs, who tend to get very muddy!

I am passionate about all things art related and history as these were some my favourite subjects I studied. We are going to work hard but at the same time I’m sure we will have an enjoyable year together. I cannot wait to see you all in September :)! Bring it on 6BS!

Welcome to 6LT - your final year at Woodlands Primary School!

Hello everyone! I am Miss Tyrer, and I am delighted to be entering my 7th year of teaching at Woodlands. I cannot wait to spend another year as part of such an exciting and creative school, and I am thrilled to be continuing my journey as a Year 6 teacher and as a phase leader for Year 5 and Year 6.

I have a real passion for Maths, and I am incredibly proud to be Maths subject leader at Woodlands. Even though I found the subject a challenge when I was at school, I love teaching children to become confident mathematicians, able to apply their understanding of mathematical concepts to challenging problems. I also wonder how many children in 6LT can beat my TTRockstars speed this year!

When I am not in school, I am often busy renovating my very first home which I bought last July (and is still very much work in progress!), and trying to stop my pet cat – Hugo – from destroying the place! I also really enjoy going to concerts, and spending time with family and friends.

I believe that in order to succeed it is vital to work as a team and support one another through all of the exciting challenges a new year can bring. I cannot wait to get to know you all better and learn all about your hopes, dreams and aspirations!

Our geography topic this half term is North America and the Caribbean!

In Literacy this term, our focus text is, 'The Place For Me: Stories About The Windrush Generation' 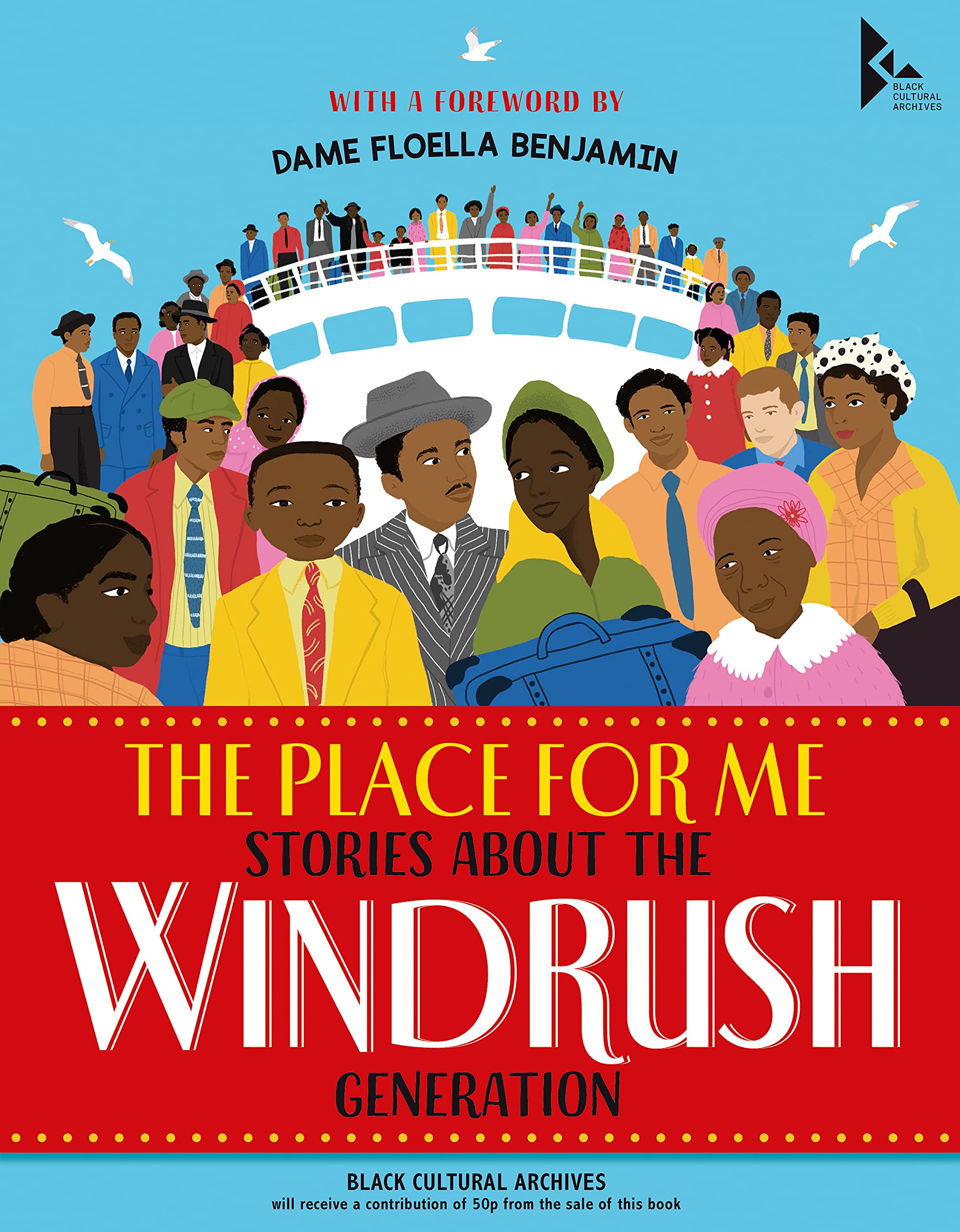 We wil explore the lives of the Windrush Generation in this full-colour anthology. Drawn from the Black Cultural Archives (BCA), this book presents 12 stories inspired by the real people of the Windrush Generation. The book also includes 10 fact sections and many photos from the archive.The contributors: K. N. Chimbiri, Kevin George, Salena Godden, Judy Hepburn, Ashley Hickson-Lovence, Kirsty Latoya, Katy Massey, E. L. Norry, Quincy the Comedian, Jermain Jackman.The BCA is the only national heritage centre dedicated to collecting, preserving and celebrating the histories of Black people in Britain.

In guided reading this half term, we will be reading, 'Poems from the Second World War'.

Poems from the Second World War is a moving and powerful collection of poems written by soldiers, nurses, mothers, sweethearts and family and friends who experienced WWII from different standpoints.

This half-term, we will be completing our unit on the four operations in maths before moving on to fractions.

Our mastery targets for the four operations are:

1.    Multiply up to 4-digit numbers by a 2-digit number using the formal written method.

2.    Divide numbers up to 4-digits by a 2-digit number using the formal written method of long division and interpret remainders.

3.    Divide numbers up to 4-digits by a 2-digit number using the short division method where appropriate.

6.    Use knowledge of the order of operations to carry out calculations involving the four operations.

7.   Solve addition and subtraction multi step problems in context, deciding which methods to use and why.

Our mastery targets for fractions are:

2.     Use common factors to simplify fractions.

3.      Compare and order fractions less than one.

4.     Compare and order fractions greater than one.

Year 6 will have P.E and COJO's on Thursdays and Fridays.

The P.E units this half term will be, gymnastics and football.

Outdoor P.E and COJO's sessions will take place each Friday

Please ensure children have a weather-appropriate kit for these P.E. days, which includes a white top and black/navy joggers/shorts.

There are no Events items to display