Hi! I am Mrs O'Hara and I have been working at Woodlands Primary School for eight years now. I am the Science Co-Ordinator across the school and love to do lots of experiments to learn more about the world we live in. I also enjoy reading and history as these were my favourite subjects when I was at school. I have lots of exciting topics ready for you to learn this year including Space, Vikings and 'Mountains rock, Rivers roll!'

When I am not in school, I am usually reading a good book on my kindle with a coffee and cake, running around after my three lovely nephews or doing some shopping at Cheshire Oaks! I also like to spend as much time as I can visiting my family and friends.

Hi I’m Miss Shepherd and I’m extremely excited to be your Year 5 teacher at Woodlands Primary School this coming school year. Although this is my first-year teaching at the school, I have the benefit of some experience of working here which means I know that we have fantastic pupils and teachers.

When I’m not in school I enjoy spending time with my family, friends and my cavapoo Cleo. I have a love of baking and enjoy eating what I have baked even more!!

We are going to work hard but at the same time I’m sure we will have an enjoyable year together.

Let’s adopt the Shepherd family motto “When the going gets tough, the tough get going”. Bring it on 5BS!

Hi everyone! I am Miss Hughes and I’m extremely excited to be starting at Woodlands Primary School as your year 5 teacher.

I am passionate about history and maths as these were my favourite subjects when I was at school. I love my job of teaching and I can’t wait to find out which subjects you enjoy and to make the learning as enjoyable as possible.

When I am not in school, I enjoy spending time with my friends, family, and my little girl Felicity. I also love to spend time going on walks and exploring the outdoors (when the weather is sunny!!).

My wish for our classroom this summer term is to be friendly, filled with joy and have fantastic teamwork. I can’t wait to meet you all!

Our topic this term is: Wildlife Detectives and we are investigating the illegal wildlife trade!

In topic this term, we are international detectives investigating the illegal wildlife trade happening around the world!

We will investigate what it is, where it occurs, what animals are traded, why it is illegal and how we can stop it!

In literacy, we will be reading 'The Hunter' by Paul Geraghty

After being separated from her grandfather in the forest, a young African girl sees elephant poaching firsthand when she rescues a baby elephant whose mother has been killed by hunters.

In Guided Reading, we will be reading 'African Tales: A Barefoot Collection' by G. Mhlophe & R. Griffin.

In Fractions, we will:

identify, name and write equivalent fractions of a given fraction, represented visually including tenths and hundredths

solve problems involving all of the above.

In Decimals and Percentages, we will:

Read, write, order and compare numbers with up to three decimal places.

Recognise and use thousandths and relate them to tenths, hundredths and decimal equivalents.

Recognise the percent symbol (%) and understand that per cent relates to ‘number of parts per hundred’.

Write percentages as a fraction with denominator 100, and as a decimal.

Solve problems which require knowing percentage and decimal equivalents of one half, one quarter, one fifth, two fifths, four fifths and fractions with a denominator of a multiple of 10 or 25. 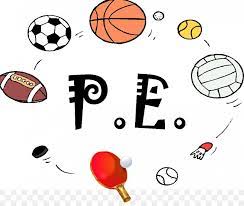 We will explore ways to improve in different physical activities and sports and we will learn how to evaluate and improve our skills while recognising our own successes.

Together we will continue to apply and develop a broader range of skills, using them in different ways and linking them to make actions and sequences of movement. We will collaborate to design and perform dances using a range of movement patterns and lifts. Rock n’ Roll techniques will include hand jive and flicks.

We will play team games such as cricket and rounders in order to improve our positioning skills while exploring the use of space. We will practise striking a ball using both our hands and feet. We will learn the best ways to retrieve, intercept and stop a ball when fielding. We will also develop our throwing techniques in order to improve control, accuracy and power.

We will also be practising for Sport’s Day!

Year 5 will have P.E and COJOs on Wednesday and Fridays. Please wear your full P.E kit to school on those days and ensure you bring a water bottle to school.