I have been teaching at Woodlands Primary School since September 2013, and lead our Year 3/4 team. I am passionate about teaching all subjects, but I really enjoy teaching Literacy, exploring different narratives and writing imaginatively and creatively. I lead reading across our whole school, and love to plan exciting activities to promote reading and inspire and motivate children to share in stories. When children reach the top of the reading chart or strive for 5, it makes my heart sing!
When not in school, I can usually be found running round after my two children, reading them stories or baking yummy treats in the kitchen.
My motto is 'Shoot for the moon, even if you miss you'll land among the stars!'

Hi! I am Miss Gittins and this year I am teaching 4MG. I am so looking forward to tackling all of the challenges of Year 4 with such a wonderful class!
This is my second year of teaching at Woodlands and I am enjoying every second of it. I am now Modern Foreign Languages lead for the school and I'm looking forward to raising the profile of the French language across KS2.

Since last year I have taken up running and I am really enjoying it! I hope to complete a 10k run before the end of the year to raise money for an MND charity.
I still enjoy taking long walks with my dog Monty and reading whenever I get the chance.

I hope to see you around school!

Hi! I am Mrs Megginson and I will be working in Year 4 with Mrs Ellis this year. I have been a teacher at Woodlands for 3 years and I love my job. I will be your teacher on Wednesdays, Thursdays and Fridays.

Outside of school I like to spend time with my family and friends. We love to load up the cars and go off on camping adventures together. This year we will be camping in The Cotswolds for the first time. I am a big music fan and enjoy going to concerts and festivals. I wish I could play an instrument but unfortunately I can’t yet.

I am thrilled to be part of the Y4 team and we already have lots of exciting ideas and plans in place for you. I know we will have a great year together!
I want our classroom to be a busy, happy place and I can’t wait for our class to get started on a new adventure.

I am Mrs Ellis and I am very excited to be your Year 4 teacher! Being a teacher is the best job in the world as children are full of energy, questions and fun. I have been teaching at Woodlands Primary School for the past 10 years now and I am very happy to be part of the fabulous Year 4 team this year.

I know we will have a lot of fun learning together and there is so much I am already looking forward to! Teaching literacy is my passion. I love to explore new characters and exciting settings in our class to bring books to life so that we are inspired to write with creativity and imagination.

When I am not in school, I enjoy going on family days out with my two young girls, Lucy and Sophie. You’re most likely to find me in my pink wellies chasing my children around Delamere Forest while searching for the Gruffalo, enjoying a mint chocolate chip ice cream at the Ice Cream Farm or playing table tennis.

I am truly looking forward to being your teacher this year. I am certain that with effort, hard work, encouragement and self-belief your dreams and aspirations will come true.
Remember, ‘Winning doesn’t always mean being first. Winning means you’re doing better than you’ve done before!’
Dream, Believe, Achieve.

This half term, we will be exploring the narrative, 'Escape from Pompeii' by Christina Balit.  In this story, we will travel back in time to the days of the Roman Empire and join Tranio, the son of an actor, and his friend Livia, the baker's daughter, in witnessing the eruption of Mount Vesuvius in AD79. Tranio, like most Roman boys, likes to watch whatever is going on: tradesmen selling their goods, ships unloading their exotic cargoes, politicians making speeches in the forum. But one hot August day a very different scene unfolds. The ground begins to shake, the sky to darken. People run gasping for air. Heading for the harbour, Tranio and his friend Livia hide on a boat and witness one of the most terrifying moments in recorded history-the eruption of Mount Vesuvius and the destruction of their beloved city, Pompeii.

At the end of this unit, we will be writing a story from the point of view of one of the children.

- use standard English for verb infections

In Maths this term, we will;

In Year 4, we aim to support our children in knowing their times tables up to 12 x 12 off by heart. Please support your children using TTrockstars and URBrainy to achieve this with us. 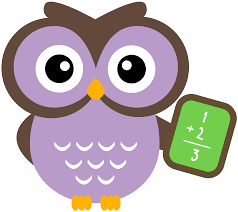 During this half term, we will explore the Roman Empire and its impact on Britain. At the beginning of the unit, we will investigate Julius Caesar's attempted invasion in 55-54BC and the successful invasions by Claudius and conquest. Following this, we will understand the size and structure of Hadrian’s Wall as it was when it was first built. Later in the unit, we will explore the building on roman roads, research facts about roman gods and create our own roman mosaics tile using digital media.

In Design Technology, we will design and make our own roman coin purse which must hold at least 5 coins successfully. To do this successfully, children will practise running, cross and backstitch and learn when you would each type such as joining materials or adding decoration. Also, children will experiment with different ways to decorate textiles using applique, beads, string, ribbon or stitching.

In Year 4, P.E. will be on a Tuesday afternoon.  Due to COVID restrictions, P.E. will take place outside whatever the weather so please ensure children are suitably dressed.

There are no News items to display

There are no blog items to display

There are no Display Work items to display

There are no Events items to display